Your message has been sent! 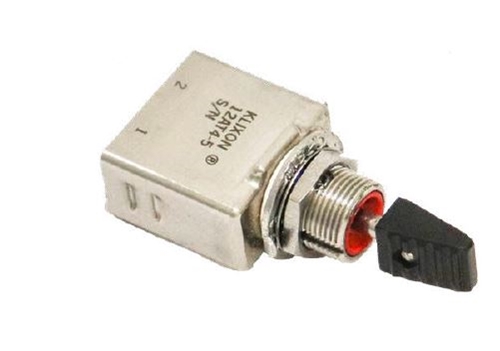 On NASA’s Apollo space program, Sensata 12AT Series Toggle Actuated Hermetic Switches traveled to the moon and back, including moon landings on Apollo 11 and later missions. The 12AT series utilizes gas tight switch elements with a robust design ideal for use on military aircraft, space-craft, space suit EVA, military ground, and other extremely harsh environments like oil and gas. Switch designs are available in single pole and multiple pole configurations with momentary, maintain, or locked toggle actions. The Klixon® 10AT series are stainless steel, hermetic position limit switches, Klixon® 11AT and 12AT series are position control switches. All are ideal for extremely harsh and demanding environments as found in aircraft, military, aerospace, and aircraft engines applications. Klixon® precision hermetic position switches have been used for over 40 years in a wide range of applications, and can be found on virtually all commercial and military aircraft, as well as various space vehicles and satellites worldwide.